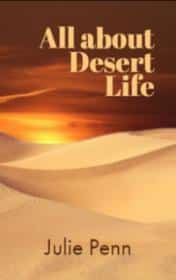 What is a Desert

In the day, temperatures in hot deserts are usually from 20 to 35 degrees centigrade, but temperatures can be more than 50 degrees. At night, the air gets very cold. Sometimes, it’s less than 0 degrees.

It snows in Antarctica, but this only makes about 5 centimeters of water every year. It’s the biggest and coldest desert on Earth.

More than 20 percent of the land on Earth is desert. There are many different deserts.

The Sahara Desert, in North Africa, is the biggest hot desert on Earth. It’s 9 million square kilometers – that’s about as big as the USA! The Sahara has sand dunes, rocks, and mountains. Some of the sand dunes are 180 meters tall. The Sahara has very strong winds that make big sandstorms. The sandstorms can take plants and animals into the air!

The Atacama Desert is in Peru and Chile. It’s not very hot, and it’s one of the oldest and driest deserts on Earth. It has less than 1 millimeter of rain every year! Scientists think that at one time, it didn’t rain here for 400 years.

There aren’t many deserts in Europe. There’s one small desert in Spain. It’s called the Tabernas Desert.

The Gobi Desert is in Mongolia and China. It’s 1,300,000 square kilometers and it’s in the mountains. Most of the land is rock. It’s one of the coldest deserts on Earth. In winter, the temperature can be minus 40 degrees centigrade!

Deserts are very dry places, but plants can still grow there. Desert plants collect and use water in special ways.

The cactus has big roots, so it can collect water fast when it rains. It stores water in its stem for when there isn’t any rain. Many cactus plants have spikes. The spikes also collect water, and they stop animals eating the plant.

There are about 1,200 different types of plant in the Sahara Desert.

The welwitschia plant gets water from fog.

The leaves collect the water and it goes down into the soil. Then the plant takes up the water with its roots.

The baobab tree grows in the deserts in Africa and Australia. It can store thousands of liters of water. Some baobab trees are more than 9 meters across! Desert people can drink the water from this tree.

The seeds of many desert plants can stay in the soil for a long time. When it rains, they grow fast and produce flowers. Then they die, but they leave seeds for the next time it rains.

It’s hard to live in the desert, but deserts are homes for many different animals.

Insects, like ants, can live underground when it’s hot. They put their eggs underground, too. Insects are important because bigger animals need them for food.

Spiders and scorpions are arachnids. Many desert arachnids are poisonous. They use their poison to catch insects and other small animals.

Mammals are animals that drink milk from their mother when they are young. Many desert mammals can live for days with no water because they can get water from plants.

Desert jerboas make water in their body when they eat dry seeds and roots!

Reptiles, like snakes, lizards, and desert tortoises, have a thick skin. This helps their body to save water. Most reptiles get food and water from other animals, but desert tortoises eat plants.

Some deserts even have fish. Pupfish live in small rivers in the deserts in North America.

In deserts around the world, different animals come out at different times.

Reptiles come out in the morning to get warm in the sun. Lizards lie on rocks to get warm. They lie in the shade when it’s too hot. Desert tortoises look for food in the morning. At night, they stay in their burrows so that they are warm and safe from other animals.

Many desert birds also come out in the day. In the morning, they look for spiders, insects, and seeds.

At night, scorpions look for food. Scorpions have tiny hairs on their legs. The hairs help the scorpions to feel other animals moving.

Some animals, like desert cats and owls, have special eyes to help them to see well at night. Owls can also hear very well, so they know when animals are moving.

About 13% of all the people in the world live in deserts. Some people lived in deserts a long time ago.

Aborigines were the first people of Australia. They lived in the deserts in Australia more than 40,000 years ago! Aborigines use art to tell stories. Many Aborigines live in cities today, but some are going back to their traditional life in the desert.

Tuareg people lived in the Sahara Desert more than 2,000 years ago. They are called the blue people because of the color of their clothes. Traditional Tuaregs travel across the desert on camels. They live in tents made from animal skins and wood. Many Tuaregs have farms, and others work in cities.

Bedouin people lived in the deserts hundreds of years ago. They live in the Middle East and North Africa. Traditional Bedouins are traveling farmers. They live in tents or mud houses. Today, many Bedouins work in cities. Some Bedouins make and sell things.

Water in the Desert

Deserts are very dry places, but all deserts have some water.

An oasis is a place where water from under the ground makes a lake or pond. Some oases are small, but some are very big. The Siwa Oasis in Egypt is 80 kilometers long and 20 kilometers across. About 23,000 people live here.

Some deserts have rivers. The Nile River travels through the Sahara Desert. Many people live near this river. They can catch fish and use the water for farming.

In some deserts, there are big rainstorms. Then there’s no more rain for a long time. So it’s very important to collect rainwater. In the Thar Desert, people collect water in ponds, wells, and big tanks.

People in some cold deserts use nets to collect the water from fog.

Each net can catch about 14 liters of water every day.

Many people and animals live in hot deserts. They have different ways to stay cool.

Desert people use their clothes and houses to stay cool. Bedouin and Tuareg people wear long clothes to protect them from the hot sun and the wind. They wear a head cloth to protect their head and face.

People in deserts build houses with small windows so that it stays cool inside. This keeps out the sun and also the wind. Some desert houses have no windows!

Many big desert animals stay in a cool place in the day. Oryxes make a cool hole to sit in, or they sit in the shade.

Some desert lizards are called sand swimmers. When it’s hot, these lizards swim under the sand to stay cool.

Living in the Desert

Living in the desert is very different from living in a city, but people still cook, travel, and go to school.

Most desert people eat bread, porridge, milk, cheese, and food from desert plants. They cook their food on a fire outside their home. Dates grow well in deserts. Dates with cheese is traditional Tuareg food.

Every year, there’s a festival in the Sahara Desert, near Timbuktu in Mali. There are three days of music, dancing, and camel racing.

Today, many desert people drive SUVs, but camels are better for traveling across sand! Camels can travel more than 40 kilometers in a day. They are strong animals. Desert people can use camels to carry food, tents, and other things from their homes.

A long time ago, only a few desert children went to school, but this is changing. In the deserts in Australia, Aborigines are building new schools. Students speak their own language, and they also learn English.

Deserts are getting bigger. Every year, the land around many deserts gets dry and changes into new desert. This is called desertification.

The land can get too dry when there’s no rain for a long time. Sometimes people also make the land dry. When there are too many farms in one place, animals eat all the plants, and the soil blows away. Then new plants can’t grow and there isn’t food for everyone.

Desertification is a big problem in countries in Africa near the Sahara Desert. In 50 years, these countries have lost 650,000 square kilometers of land – that’s about the same size as France. Millions of people here are hungry, because they can’t grow food in the desert.